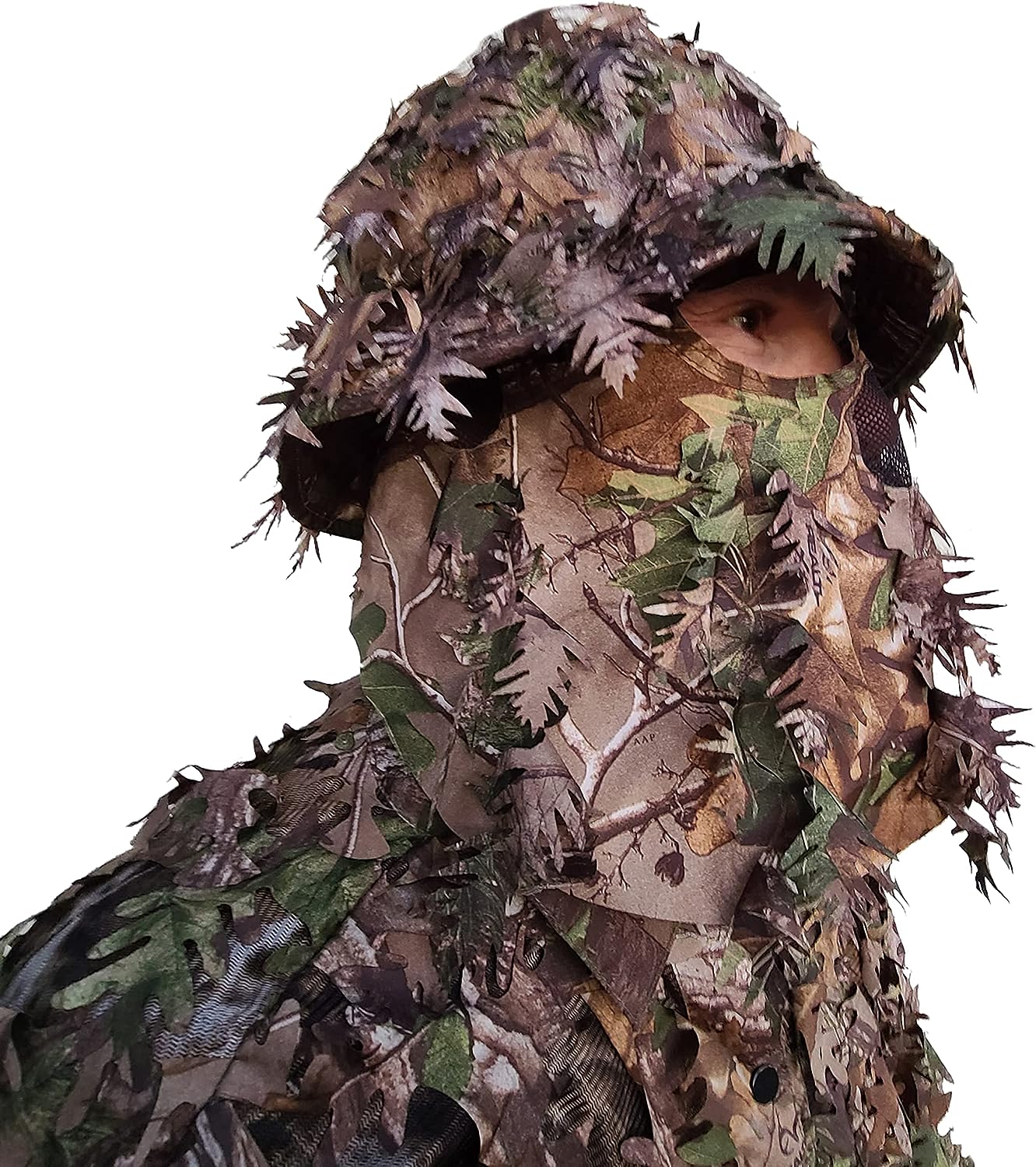 This fits your .
"li" BLEND INTO SURROUNDINGS - Officially licensed Mossy Oak leafy camo face mask hunting hat. Designed in the USA by hunters, for hunters. Double-sided print leaf shape acts like natural leaves. Camo facemask for hunting with no fog mesh for glasses "li" COMPATIBLE WITH EQUIPMENT - Quik and easy to use with binoculars, guns, cameras, bows for hunting, birdwatching and wildlife photography equipment, With the shapeable wire brim, simply flip the front or sides to suit your activity. It's that easy

QuikCamo Gear in Action! Can You See Me Now?

We strive to make the best camo on the planet. Quality and your success are our top priorities. We fully back our products so you never have to worry!

We are officially licensed with both Mossy Oak and Realtree Camo.

We started QuikCamo back in 2007 and have only been improving the gear every year.

We are based in Idaho, USA. This is our story:

Warren and Doug were destined to work together. The two had been great friends for many years. In early 2007 Nick was watching one of his favorite hunters, Will Primos, on an elk hunt. Will bulged, the bull bulged and closed the distance fast. Will had to put down his bow, take off his hat, struggle to find his mask and get it on all while the bull of a lifetime was rushing in. Will got busted by that bull and Nick thought there must be a better way.

Nickâs enthusiasm and Dougâs creativity worked well together as they collaborated on the mission of creating the ultimate face concealment system for the outdoorsman. The two tackled the issues of one handed operation, ease of use, eyewear compatibility, hearing friendly, scent control, UV protection, and the elimination of camo face paint. As they worked to create this new product they quickly realized they had it right when they came up with the idea of building the mask right into the camo hat. That way, the outdoorsman would never have to search around for his mask in the heat of the moment. Will Primos would have been ready to take that monster bull had he been wearing this face mask.

It took Nick and Doug a year of field testing prototypes and getting feedback from hunters, guides and friends. They worked hard to source the right technical fabrics, scent control and breathability. The team did everything they could to get this product made in America but it just wasnât meant to be. Doug mortgaged his home and with help from friends and family, Nick and Doug partnered with Conrad to get the product manufactured in a world class New Era factory overseas. Several retailers lined up to carry the product and in January of 2008,QuikCamo Quality Headwear launched at the 2008 Archery Trade Association (ATA) Show and was touted as one of the âBest New Productsâ of the show.

In 2009, Nickâs longtime fears were confirmed when he was formally diagnosed with a rare progressive degenerative disease. Nick passed away in 2019. Doug and Kyle continue to run QuikCamo. With several patent pending products, QuikCamo continues to grow.

It is our hope that we can continue to innovate, create and market our products until every hunter needing the ultimate face concealment system is proud to own one of our QuikCamo concealment hats.

Find QuikCamo on all social media platforms and give us a follow on our Amazon store too!