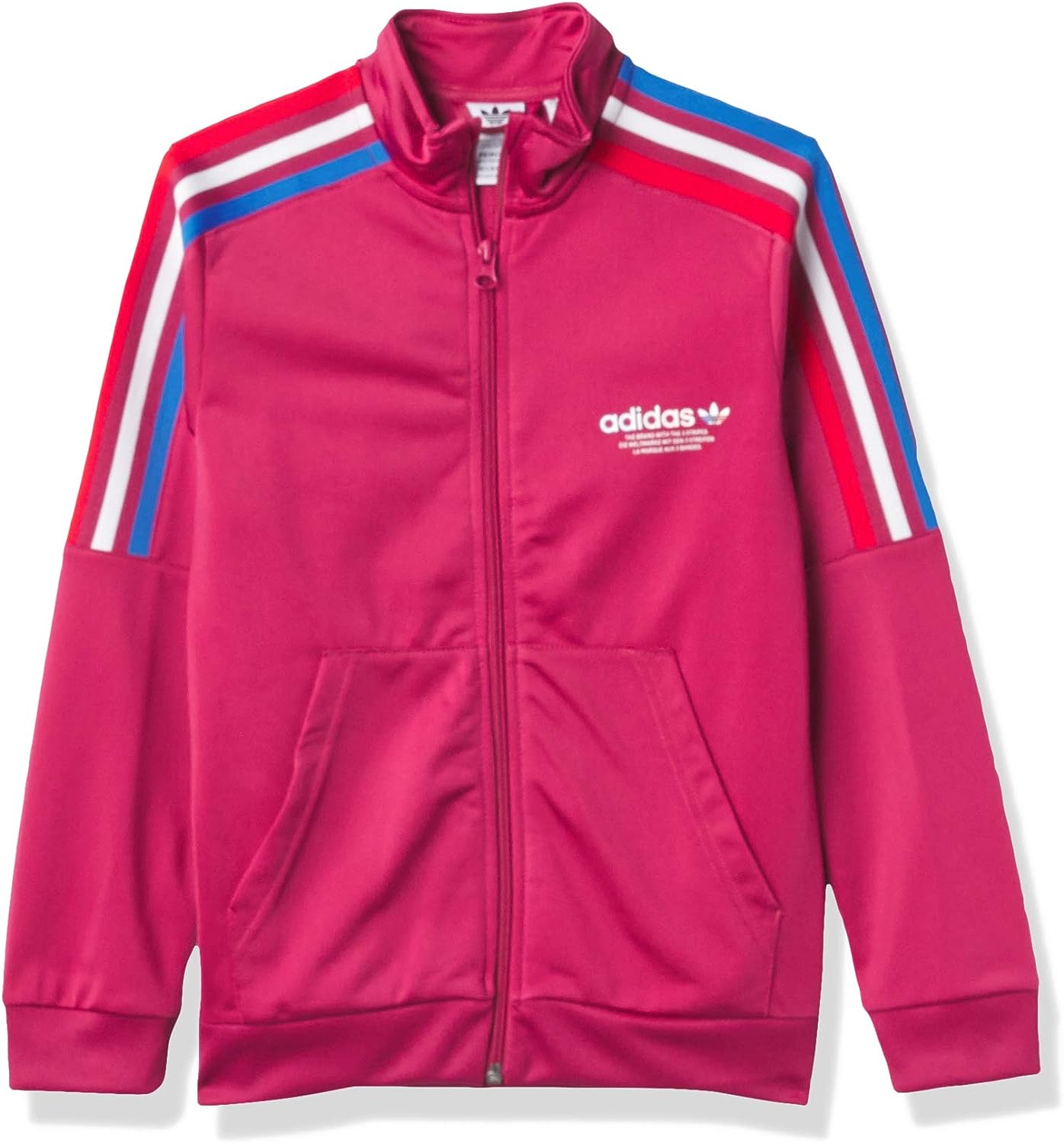 Sometimes you leave the window open with the heat on. Or the light on. Or the water running. But you want to do better. This adidas track jacket for juniors might not be the answer to saving the planet, but you're trying. It's constructed with Primeblue material that's made with Parley Ocean Plastic. Because this is one of those small changes you can get behind.

This product is made with Primeblue, a high-performance recycled material made in part with Parley Ocean Plastic.